Audio file Contact 20th March, 1971
Audio File: Authentic audio recording of the radio communications that occurred between the various participants
on the ground and in the air during the 20th March 1971 contact. The main individual heard clearly is Col Peter Scott. CO 3 RAR 1971 located in the helicopter above the contact. Ground communications are difficult to hear or not audible.

1 Platoon 2 RAR (Under operational Control by 3 RAR) engaged the enemy in a very large and well fortified bunker system located on the Song Rai. Withdrawing from the contact was difficult however wounded were eventually removed with the assistance of reinforcements who defended the position and assisted in the dust off. Alan Bloxsom 28 Years) was the crewman on the dust off helicopter. He receiving gunshot wounds from enemy ground fire whilst the dust off was occurring. 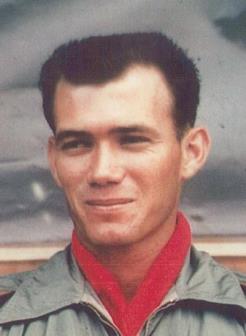 On March 31, 1971, Bloxsom was a crewman on a dust off helicopter called to evacuate troops north of Nui Dat. Be-cause of mortar fire the helicopter was directed to a ground position to pick up causalities. Because of poor visibility he overshot the friendly position and came to hover 3m above the trees over a smoke marker fired by the enemy. Bloxsom was hit by enemy fire which peppered the helicopter and died in hospital.

A111550 Leading Aircraftman (LAC) Alan Clarence Bloxsom, of Maryborough, Old, the No 9 Squadron, RAAF, Iroquois helicopter crewman who fought a gun duel with Vietcong (VC) guerrillas during a daring jungle rescue of Australian soldiers in Phuoc Tuy Province on 18 January 1967, is pictured behind his M60 machine gun, sitting in the helicopter on the landing strip at Vung Tau. During an operation in dense jungle country an Australian soldier was wounded, and the patrol called for helicopter support to evacuate him. LAC Bloxsom was the port door gunner, the helicopter was flown by O312600 Flight Lieutenant (Flt Lt) Kevin John Sharpley, of Sunbury, Vic, and the starboard gunner was A39888 Corporal (Cpl) Victor Edward (Vic) Williams, of East Brighton, Vic. LAC Bloxsom engaged the attacking guerrillas with his M60 machine gun and in the action killed two of the enemy. None of the Australians were wounded in the action. LAC Bloxsom was later killed in action on 31 March 1971, when the helicopter in which he was the door gunner was tricked into an ambush. LAC Bloxsom was fatally wounded and the helicopter was badly damaged by enemy fire. 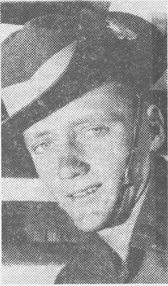 1 Platoon 2 RAR (Under operational Control by 3 RAR) engaged the enemy in a very large and well fortified bunker system located on the Song Rai. Withdrawing from the contact was difficult however wounded were eventually removed with the assistance of reinforcements who defended the position and assisted in the dust off. Lex Adams was one of 7 wounded in action during this contact. Lex subsequently died of his wounds.

On Anzac Day, 2006, the School added two more names of past pupils to the Coolangatta Memorial. They are 2nd Lt. John Fraser and Private Lex Adams, both of whom were killed on active service in Vietnam

Private Adams, aged 23, of 2nd Battalion, R.A.R., was killed in action in a Viet Cong tunnel system in Phuoc Tuy province on 31 March, 1971. He and his brother had been fostered by the Norris family.

Lex W. H. Adams, 23, Coolangatta. At the age of three, Lex and his brother John were fostered by the Norris family. An A grade student, he obtained a university degree in optometry before enlisting with friends in 1968. A mortar man and rifleman with 2 RAR, he was killed in action in a bunker system in Phuoc Tuy Province on March 31st, 1971. He left a daughter, Lisa the Norris family and brother John.

See Also: Australia and the Vietnam War
Find a Grave 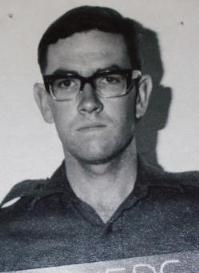 Ian George Mathers was born in Brisbane Queensland, on 3rd January 1949 to George and Olive Mathers. His father George, a Scottish immigrant, was at the time a serving member of the Royal Australian Air Force, having enlisted shortly before the outbreak of World War Two.

Ian grew up in the suburb of Corinda, where his sporting interests included rugby union, swimming and squash. He also had a great passion for singing.

Educated at Brisbane Grammar School, Ian's daily journey to and from school took him past St John's Cathedral. At an early age he decided he wanted to join the choir boys in their flowing black and white robes. He made the grade, was good, and in the afternoons, he went straight from school to the cathedral for choir practice. By the time Ian was 14, because of his likeable personality and superb voice, he was head chorister. Then his voice broke and he concentrated on his schoolwork, but he returned to the cathedral often to pray and see his friends.

Ian was a young man by the time he matriculated and gained admission to Sydney University to study economics. Initially residing in St Paul's Residential College, he later moved into a share house in Mitchell Street, Greenwich. Whilst studying, Ian held a cadetship with the Colonial Sugar Refining Company, but whenever time permitted, he would return to Brisbane to see his family and visit the cathedral. A keen rugby union fan, Ian both played the game for the Sydney University Rugby Club and gained his refereeing credentials.

Ian was called up for National Service at age 20, and after a deferment to complete his university studies, he entered the Army in January 1970. He was selected for officer training and successfully completed the gruelling six-months course at the Scheyville Officer Training Unit near Windsor in NSW and was allocated to the Royal Australian Artillery. Amongst his fellow officer cadets, Ian was affectionately known as "007", as his ever-present sunglasses and generally suave demeanour lent themselves to such a complimentary nickname.

Now 2Lt Mathers; Ian underwent a further four months of extensive training as a junior Artillery Officer at the Army School of Artillery at Sydney's North Head. He trained both to command an artillery section and to act as a Forward Observer attached to an Infantry Company. Following this, he undertook Battle Efficiency training at the Army's Jungle Training Centre at Canungra in Queensland.

Ian was granted two weeks leave in early December 1970 and was thus able to enjoy an early Christmas with family and friends. On Christmas Eve 1970, less than 12 months after joining the Army and two weeks shy of his 22nd birthday, 2Lt Mathers landed in South Vietnam to join 12 Field Regiment Royal Australian Artillery.

During the Battle of Long Khahn in June 1971, Mathers was the artillery Forward Observer attached to B Company of the 3rd Battalion Royal Australian Regiment. Early in the morning of June 7, elements of the North Vietnamese Army moved closer to B Company so as to avoid the artillery fire that 2Lt Mathers was bringing down on them. Realising the need to move back, as he attempted to do so Mathers received a gunshot to the chest, killing him instantly.

Back in Australia the newspapers dutifully recorded the death of 2Lt Ian George Mathers - the 401st Australian serviceman, and the 8th National Service Army Officer, to die in that war.

Ian Mathers' funeral was conducted in his beloved St John's Cathedral Brisbane. The local Courier Mail newspaper reported that on the flag-draped lid of his coffin, the present head chorister, a boy of another decade, laid his medallion of office. Mathers' cap and sword, in correct military fashion, were already there.

The sacrifice that 2Lt Ian George Mathers made is commemorated at the Mt Thompson Cemetery in Brisbane and at the AWM. He was 22 years old.

Conscript economic student, graduated as a second Lieutenant from the quickie officers course at Scheyville, NSW on July 16 1970 after call up six months earlier. Posted to Vietnam with the RAA, he was one of three Australians including two from the RAAF, who were killed in action during an enemy contact in Long Khanh on June 7, 1971. Fourteen men were also wounded in the same battle.

With its origins stretching back to the colonial period, A Field Battery is the oldest serving unit in the Australian Regular Army. Despite its long and distinguished history, A Field Battery did not participate in the Vietnam War until the final year of Australia’s commitment to the conflict.

In February 1971 A Field Battery assumed the role of general support for the Australian Task Force. At the time the battery was awaiting the arrival of the 3rd Battalion, Royal Australian Regiment (3RAR), which had been designated as its affiliated battalion. On 2 March 1971 both 3RAR and A Field Battery saw action for the first time, when D Company, 3RAR, became involved in a night-long contact with a company-strength enemy unit known as Chan Duc. In this engagement a section of A Field Battery fired illuminating shells from Fire Support Base (FSB) Marj, while the remainder of the battery fired high-explosive shells from Nui Dat.

In March 1971 the battery supported 3RAR during two encounters with D445, the local Viet Cong battalion. In the first of these encounters a New Zealand artillery unit joined A Field Battery at FSB Beth, thus forming an ANZAC battery.

In April 1971 battery headquarters and the section that had been at FSB Marj moved north to FSB Ziggy, in order to cooperate more closely with 3RAR. The other section of A Field Battery occupied FSBs Jane and Lindy in support of 2RAR, before being relieved at Lindy by the 104th Field Battery.

A Field Battery deployed to FSB Pamela on 5 June 1971 as part of Operation Overlord. On the following day, 3RAR was engaged in heavy fighting with a North Vietnamese regiment. When forward observer Second Lieutenant Ian Mathers, from A Field Battery, was killed during the fighting on June 7, his assistant, Lance Bombardier “Blue” Maher, directed battery fire for nine hours, sometimes to within 100 metres of the Australian infantry. Maher was awarded the Military Medal for his part in the engagement, in the course of which the A Field Battery fired 1,100 rounds.

On 1 August 1971 A Field Battery celebrated its centenary. Some members of the battery flew to Sydney to take part in a ceremonial parade at Victoria Barracks, where a crowd of 5,000 spectators watched the battery’s 67-year-old King’s Banner replaced by a new Queen’s Banner. In Vietnam three of the battery’s guns were at FSB Lynette and the other three were at Nui Dat, where a ten-gun salute was fired at midday. A total of 50 rounds were fired at various locations in Australia and Vietnam to mark the occasion. At Nui Dat there was also a church service and an official lunch. Afterwards there was a party, at which the officers and senior NCOs served a meal to the men.

In late 1971 Australia’s commitment to the Vietnam War was being scaled down. In August and September of that year A Battery closed down several FSBs as part of a wider cessation of operational activity. In October the battery moved from Nui Dat to seaside Vung Tau, departing for Australia on 6 November 1971 aboard HMAS Sydney.